Or: a few words of warning to my 15-year-old self.

I say “dating”, but after four years, I’m fairly sure it’s a bit more serious than that.

1) You get an unwelcome insight into the workings of your ‘local music scene’.

Local music scenes don’t half attract some ‘characters’. It doesn’t seem hugely different from local government, actually – committees having long, drawn-out meetings in which seemingly trivial things are batted about and squabbled over, like kittens with balls of wool. Guys, chill, only half-a-dozen people are going to show up to this pub gig anyway

2) You realise that some of the cliches about musicians being hopelessly disorganised are cliches for a bloody good reason.

The following conversation happens on a regular basis:

Good grief. There’s a reason that band managers are often portrayed as arseholes in popular culture. They put up with musicians all the time.

To be fair to DB, he’s not even that bad. He is at least aware of what a calendar is, if not always how one works.

3) They are not as in touch with their feelings as you might expect.

Maybe it’s because I date a math rock drummer – he gets excited about weird time signatures. If it’s feelings you want, try a guitarist, or a singer.

4) They are not as stylish as you’re led to believe.

Sure, Johnny Borrell knew how to rock a decent wool coat and skinny jeans, back in the halcyon days of 2005. William Bowerman, Brontide drummer, could make a poncho look elegant (below right. Be still, my hammering heart). Even Harry Styles has acquired a certain something since he stopped washing his hair and started looking a bit in need of a bath… just me? Right, ok, as you were. 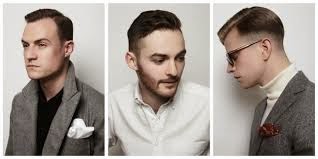 Drummer Boy suddenly “got into fashion” a few months ago, and to be honest, we’re still dealing with the fall-out. Two nights in a row last week, he came to bed at gone midnight, quietly confessing “I’ve bought another jacket”. He’s refusing to grow back his shaggy locks, and during one recent shopping trip, held up a denim shirt and uttered the words, “is this the direction I want to go in?”

5) You find yourself in some questionable venues.

A couple of Fridays ago, I found myself in one of Crawley’s shittier pubs, watching a band DB was due to play with the following night. Put it this way, there were St George’s flags on the walls and when a man dropped an entire pint of Guinness on the floor, it only improved the floor. A glowing image of Noel Edmunds winked at me from a ‘Deal or No Deal’ games machine (really freaking eerie), and DB grimaced his way through a rather cloudy pint, because “I don’t think this is the kind of place you could send it back”.

This Friday just gone saw a similar situation unfold. DB had a gig in Seaford (coastal town in East Sussex. The second paragraph of Seaford’s Wikipedia entry tells you all you need to know about the place, really), at a pub run by a man who resembled a five foot deflating beach ball. The band had been booked at the last moment, and their drummer couldn’t make it, so DB was filling in. When he writes his memoirs (titles I’ve suggested include No-one Ever Fancies The Drummer; Sticks, Hits and Tits: My Life On The Road; Hard-Hitting – The Drug Years), I’m not sure this gig will be a highlight.

Warning bells first rang when we pulled up outside the pub and saw the St George’s flags in the window, and the posters advertising four-pint pitchers of Fosters. I don’t get the whole flag thing, I have to say – who looks at the exterior of a building and thinks, “you know what would really set off the brickwork? A flag that denotes my nationality, which in turn suggests I might be casually, flippantly racist.”

“I’m not sure we’re going to be welcome here,” I said to DB. “They’re going to be able to smell  Marks & Spencers and the Guardian on me and tell us that they don’t take kindly to fancy folk.”

Those warning bells went again when we overheard the landlord say “ooh, it’s quite busy for a Friday,” as he cast his eye over the eight people in the bar. And they rang a third time when I ordered a gin & tonic and the barmaid – who had a look of “please help me!” in her eyes – asked if I wanted a slice of lemon in it. Yes, ideally. (Didn’t want to push it by asking for lime.)

DB and I did our rather-too-habitual thing of “being at a gig and not having dinner plans”, which always results in one of us dashing into a supermarket and grabbing some sandwiches, which we then have to eat standing outside the venue, in weathers that are not really conducive to al fresco dining.

I would make a wry comment along the lines of “DB really knows how to treat a lady”, but last night, he cooked steak and we had Prosecco and everything was right with the world, so fear not, he does indeed know how to treat a lady.

The band played the first set at me – it’s quite strange having four middle-aged men plus your boyfriend play half a dozen AC/DC and Bon Jovi songs for your ears only – but gradually, more people trickled in. Towards the end of the gig, a woman in a zebra-print shirt with a lion’s mane of frizzy blonde hair came up to me – smoking an actual cigarette indoors! – and asked, gesturing at the 50-something guitarist, if he was my boyfriend. (I’ve just realised why; it’s not because I look wildly old for my age, it’s because at one point during the set, he motioned at me to get him a glass of water, as I was standing by the bar for most of the night, and I did.) “No, mine’s the drummer!” I shouted back – we were right in front of the band, so I had to mime playing the drums – adding in my head “the one that doesn’t look like he’s old enough to be my dad, thanks.”

DB’s got a gig with his folk band tonight; I’m looking forward to this one.

6) You also end up spending a lot of time with middle-aged men.

They tend to dominate that local music scene, you see. Fortunately, I am basically a middle-aged man, so I fit in quite well.

I’ve found that middle-aged bassists are the sweetest, friendliest band members (I think maybe bassists have to be) and singers tend to be a bit mental. You never know what you’re getting with keyboard players and guitarists are all-round nice guys.

Presumably because you’re 25 and female, and are at a gig in a rough pub surrounded by middle-aged men.

8) You veer wildly from envying those in your social circle who are doing things like “getting married” and “buying houses”, to thanking fuck you’re with someone who does something interesting and creative for a living.

I mean, it beats dating an accountant.

9) Listening to a drummer tuning his new kit could be used as a torture method.

The CIA want to give it a go if they haven’t already. Or just send ISIS round here and we’ll break them before Newsnight finishes.

10) People come up to you while your boyfriend’s on stage and say, “he’s a really good drummer”.

That’s my favourite bit. I always say, “yeah, I know.”

I am moments away from launching into The Establishment, Owen Jones’ second book. It’s going to be quite the commitment, I think – everything Jones writes is chock-full of facts and stats, which is absolutely brilliant, and I fancy his mind so hard, but it’s not going to be a light read.

I finished Viv Albertine’s Clothes Music Boys last night, and have to add that as well as being a very cool read, it’s also a genuinely inspiring one. The chapter about her cancer and its treatment is fairly harrowing, as you’d expect (and if there are any girls reading who have wimped out of booking a smear test, can I please ask that you book one, now, and I will as well), but Viv’s refusal to display any self-pity is incredibly bracing. Probably my favourite part of the whole book is when, after twenty-odd years away from music and the punk scene, she tentatively starts playing guitar again, taking lessons and going to open mic nights. If a woman in her forties – one who’s put two decades of distance between herself and her punk past – can start over like that, then quite frankly, none of the rest of us have any excuse for not having a stab at doing what we really love.

Having a very productive Friday, thank you
“It all goes back to 1968 and the counterculture movement...”
The original love of my life.
Got Astra Z’d. I love science and experts ❤️
<span>%d</span> bloggers like this: