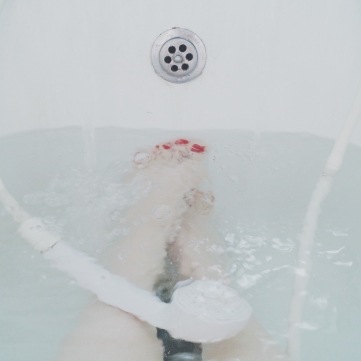 Loath as I am to turn this into a blog that deals purely with mental health*, there’s something that’s been nagging at me over the last few weeks and clearly, the only solution to this is to write about it.

*There’s obviously nothing wrong with mental health blogs, I just never saw this blog becoming one of them. I’m too much of a dilettante to narrow my focus to one thing.

The thing that’s been bugging me is this notion of self-care – or more specifically, the appropriation of the term by social media that’s been taking place over the last few months.

So what is exactly is “self-care”? The poet, feminist and civil rights activist Audre Lorde wrote in her 1988 book A Burst of Light that: “caring for myself is not self-indulgence, it is self-preservation, and that is an act of political warfare”. At the time, this was particularly relevant to women of colour, and if you’re curious, there’s a couple of really good articles here and here (call me a bore but I do think it’s important to acknowledge just how far removed the phrase has become from its beginnings. It was, and in many communities still is, a radical act for black women to prioritise their own well-being over others’, as historically, they had never been able to).

I could be wrong, but it seems that in the last year, the idea of self-care has been co-opted by the online mental health community, which in itself, isn’t a bad thing. Prioritising one’s health and sense of well-being – getting enough rest, eating properly, getting a bit of fresh air – is hardly a novel concept. We make resolutions every January that involve ambitious ideas of self-care – cutting alcohol, taking more exercise, going to yoga – and when you see a GP about a mental health problem, part of the conversation will undoubtedly be about lifestyle adjustments.

When you’re in the depths of a mental health wobble, self-care can seem like an unclimb-able mountain. Just when it’s hardest to get up, have a shower, eat some toast, focus on something that isn’t your own terrifying thoughts for even just a few minutes, is when you need to do it most. And when you can make yourself do even one of those things, you should be proud. I remember waking up on the fifth day of taking sertraline with the urge to wear a recently-purchased but as yet unworn dress to work. Doing those little things that bring you back to yourself, that make you feel your version of normal, is a real achievement.

The hashtag #365daysofselfcare – which I believe was introduced by depression-focused digital organisation The Blurt Foundation – is used on Twitter by people experiencing mental health issues who are sharing and celebrating the little victories in their day. Tweets range from things like “went for a bike ride in the morning sun” to “had a lot of anxiety and panic today but got through it, just about”. One of the worst things about dealing with depression, or anxiety, or OCD, or any other mental health problem, is how utterly alone you feel. It’s like being on your own planet – you can see Earth, you know good things are happening, but God, you can’t seem to get down there to join in. So online things like this are brilliantly helpful, as you don’t have to leave the house to find understanding and support. As Bryony Gordon said when she started Mental Health Mates, it’s about finding your “we”.

But like it does with so many things, though, social media has also added a dimension to the notion of self-care that’s spectacularly unhelpful. It’s created a selling opportunity. Search #selfcare on Instagram and you get almost 2 million results. Scroll through them and you’ll see shots of food, coffee, bubble-filled baths, photogenic girls in work-out gear, insufferably trite quotes – standard Instagram fare. Then, because where there are hashtags, there are brands hijacking them, you find adverts for skincare products, coconut sugar, green juices, cashew milk, and – bafflingly, or perhaps not, who am I to judge? – vibrators.

News and lifestyle site Bustle ran an article headlined 19 Items To Buy For Your Mental Health, Because Self-Care Isn’t Always Free. To be fair, in the intro to the list, the author does acknowledge that buying nice things isn’t going to dig you out of a rough period of depression. Some of the items could be useful, I’ll admit: a colouring book – having something to occupy both your eyes and your hands when you’re circling the drain of an almighty meltdown is quite handy – and a mood tracker app, but others, like the Green & Black’s chocolate, well – not so much. (I for one don’t need to be encouraged to buy chocolate; in fact, personally, it would be a better act of self-care if I curbed my M&M habit drastically.)

I think what I’m getting at is that the “hashtagification” of self-care has blurred its actual meaning. Wine with the girls on a Friday isn’t [necessarily] an act of self-care. It’s a nice thing to do, sure, and certainly important, but I’m not convinced it falls into the category of self-care. Not least because alcohol and mental illness are a match made in hell. Hangovers when you’re anxious are biblical.

I do wonder if part of the spike in popularity of the phrase has another motivating factor – as it seems to be mainly women using it, perhaps it’s a way of justifying doing something nice for yourself for no reason whatsoever. Huge generalisation incoming: men appear to have fewer hang-ups about simply pleasing themselves, whereas you’ll often hear women giving reasons for things like having a glass of wine on a weeknight (work was appalling), ordering pudding (had salad as a main course), spending a Saturday morning in bed with tea and the papers (it was a long, exhausting week).

The final problem with the term is the emphasis on “self”. You can commit to all the self-care in the world – you can exercise daily, eat really healthily, not drink, practise mindfulness, distract yourself with hobbies – and still feel utterly wretched and imprisoned by your own thoughts. If you are mentally unwell, you need professional help – whether that’s medication, therapy, or a combination of the two. Self-care will only get you so far, it can’t do it all. Recognising that you need help and asking for it is a strong, brave thing to do. Ideally, we would be as proud of, and as vocal about, seeking professional and medical help as we are about going it alone.

It’s not quite as Instagrammable, sure, but the reality of self-care in times of mental illness isn’t. I hope we don’t lose sight of that.