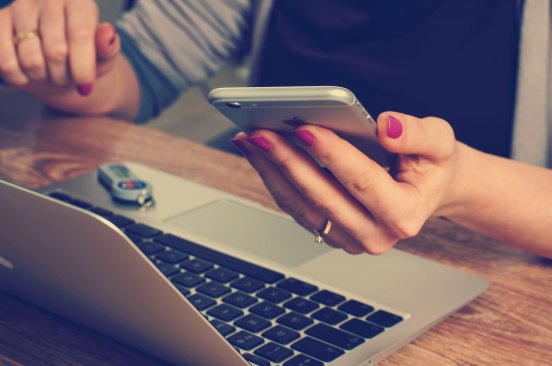 An opportunity to take on some extra responsibility recently came up at work – not related to my actual role, more ‘extra-curricular’. Keen to push myself, I put my name forward, hemmed and hawed over it for a few days, then asked somewhat sheepishly to withdraw from the running. I’m not scared of a challenge – unless it’s “swimming with jellyfish” or “enjoying ice-skating” – and I do think I’m capable of managing the extra work. I just realised that I hadn’t volunteered myself because I had a burning desire to do the thing; I’d thrown my hat into the ring because I felt I should have a burning desire to do the thing.

So it was with some relief that I read this piece a few days ago. It’s not quite the same argument, but I think it’s a close relative of the problem I’m having: I feel like I should be far more successful than I currently am. Now, maybe this just comes with the territory of being a woman, a millennial, or you know, a human being. But I feel like I’m not doing enough stuff. Because honestly, right now, a successful day for me is one in which the dog hasn’t eaten anything toxic, I haven’t been fired, and DB and I haven’t argued about getting engaged (dude, it’s been 6 and a half years, come on).

I don’t have my own podcast nor have I appeared on anyone else’s, I don’t send out a newsletter, I haven’t written a book, I’m not in a band. I haven’t bought property, produced offspring, or planned a wedding – though I have to admit the very idea of planning a wedding leaves me cold. Do you really need floral centrepieces and a cast of hundreds to promise the person you love you’re going to spend the rest of your lives together? My guess is no, not really, but that’s a rant for another day.

I work full-time, I look after the Hound, I bake, I read as much as I can, I write – not nearly as much as I should, though – and I have a social life. Occasionally. Why does it not feel like enough? Should I have hobbies? Does “cuddling the dog” count as a hobby? I’ve had conversations with friends where we’ve been trying to schedule lunch or dinner or something, and their next free weekend is three months away. I don’t live like that, for the most part – don’t get me wrong, I like seeing friends at weekends but I also love a solo weekend, where I just potter, bake, read, and catch up on exciting things like laundry and cleaning. Does it even matter how busy I am, as long as I’m happy – which, barring the not-writing-enough bit, I am?

I’m aware I need to address the “not writing enough” bit, and I think this is where a lot of the guilt is coming from. Writing is probably the thing I’m best at, but I don’t make enough time for it. And how can I ever hope to write the things I want to write if I can’t even allot half an hour a day to do some haphazard but determined typing?  I truly hope I haven’t peaked already – because if getting an MA in an obscure branch of linguistics was me peaking, then, well, it’s not enough. But, to quote my therapist (good grief, how terribly American), “what does ‘success’ look like? Can you describe what that ‘peak’ would be?”

I’ve seen the somewhat trite quote “you have the same amount of hours in the day as Beyoncé” posted on social media dozens of times – often by women I admire. It’s supposed to be motivating, and the implied advice is that if you want to be successful, max out those hours. Wring every last second out of every last minute. But it’s largely nonsense: because yes, Beyoncé has the same 24 hours in a day that I have, but Beyoncé also has staff. And doesn’t have to do her own food shop, or do three hours of commuting – and the rest! – every day.

I find this little thread far more motivating, not to mention reassuring – to the point that I’ve actually printed it out and tucked it into my diary, so it’s always on hand:

I was asked on goodreads how I made the leap from working in film to being an author.
I spent 3yrs writing at midnight. #therearenoshortcuts

In a world of “influencers”, job titles that have more slashes than actual letters, and YouTubers getting book deals for their sixteenth birthdays (I may be exaggerating but you get the point), I think maybe our idea of success is being distorted. We’re only seeing one version of it: a version where you get the stratospheric career, the house, and the fairytale wedding all before the age of 30. We’re not seeing enough of the slow-burners, the late bloomers, the ones who take their time.

As I do for so many areas of life, I wish we could be more honest, more real, gentler with ourselves. I wish that there was less pressure on us to be exceptional, to be extraordinary, to be doing amazing things all the time. I think perhaps young women are the most vulnerable to this pressure, but I’d wager that most people under 40 feel it too. Obviously social media doesn’t help, as it makes it all too easy for us to “compare and despair”, but as there are entire industries predicated on telling people they need to be better, richer, thinner, the blame doesn’t lie with Facebook alone.

None of this means I’m not ambitious, or that I don’t long to see more of the world than I have already. I simply wish we were more comfortable with the idea of doing a job that just pays the bills and puts food in the fridge. With the idea that little achievements are just as significant as big ones. And that everyday joys and quotidian pleasures can be as fulfilling and as cockle-warming as epic, once-in-a-lifetime experiences.