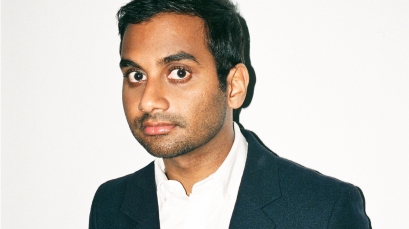 In the 2012 film Mud, the eponymous hero – played beautifully by Matthew McConaughey – utters the line: “a boat in a tree – hell of a thing, ain’t it? A hell of a thing.”

A hell of a thing.

“Mixed signals” – hell of a phrase, isn’t it? It can mean whatever the person using it wants it to mean. “I was getting mixed signals” is often code for “he/she wasn’t that into me but I’m damned if I’m going to accept that as the truth”.

I’ve used it myself – rather than looking at the cold, hard evidence, I’ve given men the benefit of the doubt over and over, as they’ve blown hot and cold and hot again. It’s only been in the last year or so that I’ve realised what self-confidence it takes to live by the Maya Angelou quote frequently seen splashed across landscapes on Instagram: “When someone shows you who they are, believe them the first time”. Decent grown-ups don’t play games. People worth your time and attention don’t blow hot and cold. The man or woman who deserves your heart will be gentle with it, and kind.

“Mixed signals” is a phrase I keep seeing in responses to the Aziz Ansari story that broke this weekend. Ansari – a successful actor, comedian and writer who, by all accounts, gets a lot of career mileage from his outspoken feminism – has been accused of some deeply unpleasant behaviour while on a date with a young woman last year. The woman’s account makes for pretty grim reading, so I’d advise caution with it. Ansari has now issued a statement, and I’ll leave you to make your own minds up about his words.

It’s wearyingly predictable that in cases like this, you never have to scroll too far to find the “mixed signals” brigade. Whatever you think of the situation, Ansari does not emerge from it as the kind of guy you’d want to be alone in a room with. From the woman’s account, his actions look fairly repulsive – and yet so, so familiar. Almost every woman will read her story and feel the vague nausea of recognition. We’ve all been there, in that room, with the guy that won’t take no for an answer.

“But she didn’t give a clear no!” some have argued, and you can practically hear the spittle flying. It’s fascinating – a) because she does say to him more than once that she’s not comfortable, that she wants to slow things down, and b) because underlying that reaction is the insulting assumption that men can’t read body language or facial expressions. Why does it have to be an explicit, repeated “no” for it to count? One “no” doesn’t even work a lot of the time. Ask your female friends how many times they’ve had to resort to saying “sorry, I have a boyfriend” to get rid of a persistent guy in a bar. And yet bafflingly, the burden of communication lies solely with women – still.

Asking why she didn’t say a loud, outright “no” and “just leave” has so much wrong with it, it’s hard to know where to begin. It reinforces age-old misconceptions of women as gatekeepers, that sex is done to them, and that in the heat of the moment, men can’t help themselves and need to have everything explained to them in words of one syllable, preferably with flashcards. Instead of asking women to be more forceful, why is it out of the question to ask men to be more aware, more vigilant, more considerate? Because if a lot of men can be like that – gentle, good at “checking in” with their partner, dedicated to making sex joyful for both parties – then all of them can.

And the other thing with saying a flat “no” is that in an intimate scenario, it can come off as far more confrontational than subtler non-verbal cues and actions. Women know that alone in a room with a man, the odds are against them. It doesn’t matter how well you know the man, how long you’ve known him, how much of a “nice guy” he seems – we know the statistics. We do the maths in our heads all the time. We censor ourselves in rooms with closed doors, because the worst case scenario for us is truly horrific indeed. Women are simply safer when they err on the side of politeness, when they put a man’s desires ahead of their own.

And yet when women evaluate a situation and take what they see as the safest course of action, they’re damned no matter what they do. If I never hear “she led him on” and “she was a tease” again, it’ll be too soon. Because surely, by now, phrases like that have no place in consensual, pleasurable encounters. Is our thinking about sex really so skewed that no-one’s ever allowed to change their mind? That once you do x, y must follow? Once the bedroom door closes, are you obliged to stay there until sex has been had, like it’s a fucking root canal?

“She was giving mixed signals!” goes the refrain, and we’re supposed to nod thoughtfully, and agree that nothing really bad has happened; it was just a breakdown in communication, a misunderstanding.

Here’s the thing: those mixed signals? They are the signals. If the signals are mixed, it’s a no.

It might not be a permanent no, it might just be a request to slow things down, to take a break, to resume another time – or it might actually be a permanent no. I want to shake each and every person who’s used the “mixed signals” excuse to defend Ansari. Why on earth, in a romantic encounter, would you not be looking for wholly positive, unmixed signals? Enthusiastic consent should be the bare minimum.

Ansari’s supporters have been quick to say he’s not a rapist, he’s done nothing wrong, he’s no Harvey Weinstein. This defensiveness is telling in itself, given that the woman makes no mention of the words ‘rape’, ‘rapist’ or ‘Weinstein’ in her own take on the events. But while we’re on the subject of Weinstein, let’s look back at what Emma Thompson said in her Newsnight interview – her anger, though controlled and eloquently expressed, is palpable: “Does it only count if you really have done it to loads and loads of women? Or does it count if you do it to one woman, once?”

In the film Mud, our hero uses his boat-in-a-tree first as a hideout then, once the boat is out of the tree, as his escape from the authorities. Men, you cannot hide behind the “mixed signals” excuse anymore. It’s a hell of a thing, and it won’t save you.

One thought on “On mixed signals”