Skip to content
April 8, 2018 Posted in book recommendations, Brexit, feminism, things to do, Twitter, what to watch

I know there’s a lot of serious things I could and perhaps should be writing about right now… but sometimes you’ve got to stop scouring the news, stop refreshing your Twitter feed and enjoy life’s good stuff. 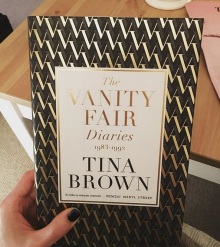 Brown went to Oxford at 17, was published by the New Statesman while still a student, and was made editor of society magazine Tatler at the age of 25. I’ll say that again: editor at 25. At 30, she moved to New York to revive culture and current affairs title Vanity Fair. To say Brown’s resume is impressive is to utter the understatement of the century (she then went on to edit The New Yorker. For God’s sake). Her diaries from 1983-92 were published at the end of last year, and they’re a riot, as well as a who’s-who of, well, everyone from presidents to royalty to writers to Hollywood stars. But alongside the glamour, the dinners and parties, you also find the hopes and worries of a woman determined to give her all to both her career and her family. Her achievements are intimidating but she herself is nothing but inspiring. 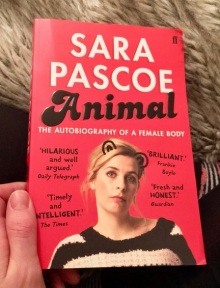 If you’re of the opinion that we really don’t need another memoir from a funny woman (cf. Caitlin Moran’s How To Be A Woman, Daisy Buchanan’s How To Be A Grown Up, Lena Dunham’s Not That Kind Of Girl), then Animal won’t be for you. You should read it anyway though, because as well as being laugh-out-loud-on-buses funny, it’s also sad, angry, comforting, and genuinely eye-opening. And with the #MeToo and Time’s Up movements getting huge amounts of media attention, it’s a good time to read it.

A word of warning though: Pascoe writes exactly as she performs her stand-up, and as you read, you can practically hear the thoughts tumbling out of her faster than she can type. The idiosyncratic voice and the joky asides might jar a little if her comedy’s not your thing, but I’d urge you to give it a go anyway – personally, I lost count of the number of times I found myself thinking, “Ohhhh, that makes so much more sense now!” 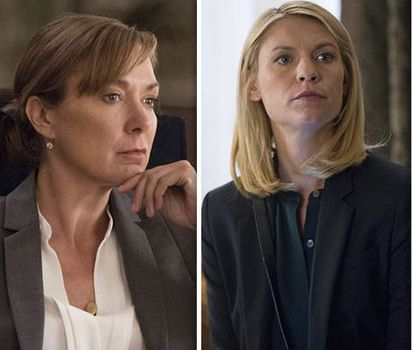 I remember thinking a few years ago that if Sergeant Nicholas Brody was written out of Homeland, he’d take the point of the show with him. How naive I was – because while it’s had its shaky moments, it’s also really rewarded those who’ve stuck with it. This season has dealt with fake news, toxic patriotism and what to do when it turns out your boyfriend may have been working for the Russians. God, I hate it when that happens. And we’re still only halfway through the season.

Carrie Mathison is one of my all-time favourite fictional characters – so flawed, so brilliant, so convincingly played by Claire Danes, down to the smallest gesture – and this series in particular is full of top-notch performances. And there’s no other show on earth that does a killer last five minutes like Homeland. When the end credits roll, you’re left howling. Every time.

My Dad, The Peace Deal and Me

Back in February, the Today programme made the mistake of asking Boris Johnson about something delicate and sensitive – namely, the Irish border. And to absolutely no-one’s surprise, he managed to reach new levels of ignorance with a response that began: “well, there’s no border beween Islington and Westminster…”

I don’t think I’m capable of articulating the requisite amount of contempt that his words deserved. The flippancy, the arrogance – he couldn’t even be bothered to try to conceal his insensitivity and disregard for facts. And that disregard for facts, that shrugging at the truth – well, that seems to be a recurring theme of the Leave argument, doesn’t it?

Because I don’t know about you, but nearly 22 months after the vote, I still haven’t heard one pro-Leave person come up with a solution as to how the Irish border will work post-Brexit. Leavers, you’ve had nearly two years to work something out, and you haven’t. And the reason you haven’t, is because you don’t care, do you? Northern Ireland can go whistle as far as you’re concerned. You’ve either forgotten about the Troubles – which is odd, given that many of you grew up during the decades of conflict and witnessed the advent of that hard-fought-for, painstakingly-negotiated peace process – or you’ve simply never cared enough to educate yourselves.

And Leavers wonder why they feel like Remainers are calling them stupid, or inward-looking, or xenophobic, behind their backs. Well, all I’ll say is this: if you can’t summon the wherewithal to care about what happens to the people of a devolved nation of the UK – yeah, that ‘Kingdom’ you claim to be so proud of – then don’t be surprised when people start to suspect you’re not really a fan of ‘foreigners’. Do yourselves a favour: watch Patrick Kielty’s documentary. You might learn something. 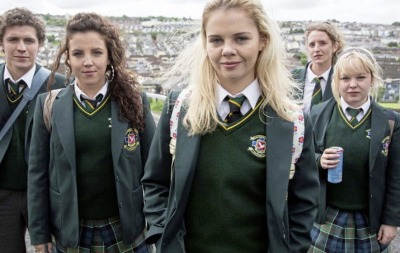 And speaking of Northern Ireland, if you haven’t watched Derry Girls, you must. You absolutely must. It captures the silliness and angst of being a teenager, and sets it against the backdrop of the end of the Troubles. It’s so deftly done – almost every line is killer – and stands a good chance of becoming an absolute classic.

The Twitter account PerfumeAdsForSale is giving me and Drummer Boy ridiculous amounts of joy at the moment.

Tom Hardy is stood on a high diving board in São Paulo wearing a tuxedo.

He frowns. Uncomfortable in his clothes.

He pulls his tie lose,

Stretches his collar out,

Cut to Hardy in Budapest hugging an orphan.