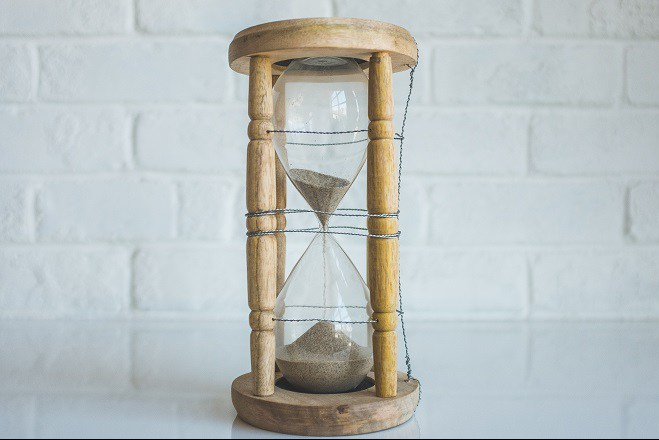 Oh, you knew it was coming.

To me, it always sounded like a horror story. The couple who got together in their early twenties, made it work through shitty first jobs, slightly-less-shitty second jobs and gruesome houseshares, finally moving in together and starting to cobble together what looked like a reasonably adult life. Only to hit about 28 or 29 and abruptly split up (for a notable example of this, see the ‘Heartbreak Hotel’ chapter of Dolly Alderton’s wonderful book, Everything I Know About Love).

I’ve heard that story a few times over the last seven years, and it has always spooked me more than hearing of couples separating or divorcing after two or three decades together. Muddling through child-rearing, buying property, jobs lost and found, bereavement – it makes sense to me that those things change people over the course of twenty years or so, rendering them exhausted, bored or incompatible, or a fatal combination of all three. The idea of splitting up with a long-term partner before either of you have hit thirty always struck me as a bit… feeble, quite frankly. You haven’t done anything yet.

So it’s funny, living through something you’ve long feared and finding that actually, it’s not world-ending in the way you thought it would be. Don’t get me wrong, it’s still horrendous, and I get the odd wave of misery that is genuinely breath-taking. Sometimes my heart feels like it’s being beaten clumsily with the business end of a garden rake (usually when I’m tired/hungry/hormonal) but there are good days in between. Days when I step out into the crisp autumn morning, seagulls swooping as Brighton comes to life around me, and I feel independent, rather than lonely. Not bereft – free.

It’s odd, walking past bridal shops and jewellers and not having a clue whether they’ll feature in your life at any point in the next five years – but it’s also something of a relief. When something is well and truly out of your hands, you shake it off like a heavy coat and enjoy at least a temporary sense of freedom, a quick blast of fresh air, the new-found ability to move through the world unslowed.

Odder still is receiving news of friends’ engagements and pregnancies, and since my relationship ended, I’ve heard of four engagements and two pregnancy announcements. I have shrieked in delight for each and every couple, of course I have, and I’m already counting down the weeks until I can meet the tiny magical humans my friends have made. But it’s certainly strange to have moved from having those things as real future possibilities, to having absolutely no idea if and when those things will happen. But like I said: it’s at least partially out of my hands now. And there is a delicious sense of liberation in that.

There would be no point in me hitting ‘publish’ on this post if I didn’t have some practical things to say – so if you’re going through a break-up or just a Shit Time in general, here’s a few things that might cheer you, at least temporarily.

The things that will keep you together at times like this:

The kindness of friends both old and new.

You gather your troops when you know a break-up’s coming, don’t you? You do a quick stock-take, noting who you can call for the nights out – the friend who laughs when you say “just one more drink” and orders you two – and the nights in. The friend you can talk to for hours, certain that everything that comes out of his or her mouth will be measured, thoughtful, and wise.

And you will find that people are astonishingly kind – I cannot tell you how lucky I’ve been, from the guys I hardly knew who offered me their flat while they were away, to girlfriends who let me plonk on their sofa, topped up my glass repeatedly, and listened to me talk until I ran out of words.

Oh God, have some money, if you can – though obviously I know this is very much an ideal rather than a given. Moving is expensive. Solo living is expensive. Not to mention that if ever there’s a time to buy yourself something nice, it’s when you’re going through a break-up. However, learn from my mistake: don’t make this thing a beautiful black star-print dress from fucking All Saints. You will realise too late that it’s dry-clean only and you would therefore have been better off drawing out what it cost you in cash and setting the notes on actual fire. But whatever, you’re allowed to have nice things.

If you’re more sensible than me, flowers are perfect – a £5 bunch of roses from the supermarket in a jar on your kitchen table will cheer you every time you catch sight of it. Promise.

Another thing: socialising is expensive. You’re never more popular with both friends and would-be suitors than when you’re fresh out of a relationship. You’ll go for a lot of casual drinks. Be careful not to develop mild alcoholism.

Cook for yourself, even if it’s just easy, one-pot things – ratatouille, dhal, risotto, Nigella’s Chicken Cosima. Chopping, stirring and tasting can be tremendously soothing, and it’s always good to get away from a screen and do something practical. And while I’d never encourage the use of alcohol as a coping strategy, having a decent Malbec in the house helps. As does good cheese and nice chocolate that, hurrah, you now don’t have to share.

Things that make you laugh.

Non-negotiable. Watch your favourite comedy over and over again if you have to; you need to laugh. Spend time with your jolliest, wittiest friends.

Chances are, it won’t do any lasting damage. And it’ll at least give you something else to think/talk/write about. Ideally don’t pick someone who really likes you or vice versa. Aim for cool and efficient.

The knowledge that you will have bad days.

You will have to process things, and it will take time. You are allowed to wallow, to hibernate, to mourn. You muddle along, mostly fine, then you remember an in-joke, a trip, a talked-of plan, and something twists in your chest. Should we have tried harder? Could we go back and try again? What on earth was it we fought about over and over again? We’re two reasonably smart, reasonably sensible people – surely we can solve this.

Remember: you did try. You gave it what you had, and if what you had wasn’t enough then well, what you have will be enough for someone else. (If indeed someone else is what you want. You’re enough on your own, you know.)

And until that person crosses your path, know this: there is still joy to be had. Loads of it.