Skip to content
April 11, 2019April 11, 2019 Posted in feminism, Fleabag, life and whatnot, Uncategorized, what to watch

This is essentially a Fleabag fan blog now; deal with it. 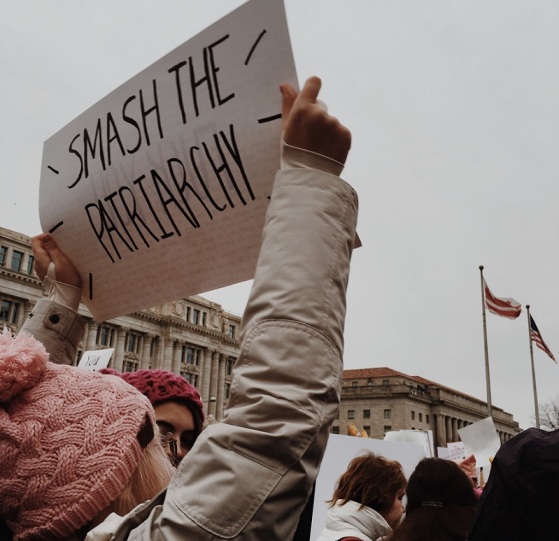 I think I’ve always been angry. Certainly since adolescence; I threw almighty strops as a teen and my mum used to say, “God, you’re so angry – what’s wrong with you?” Looking back, I see it clearly: I was a shitty teenager, that’s all, and she was a busy working mother of three with no time for the seemingly irrational mood-swings of a clever but essentially lazy teenage girl. So far, so banal.

Now I’m both less angry and more so – I remain pathologically impatient but I’m better at steering myself clear of the red mist, and I know how useful anger can be when aimed in the right direction. It’s fuel, rather than a black storm-cloud; I use it to create, rather than destroy. It’s almost embarrassing to admit – because I feel I should be more detached – but I write best when I’m furious. When something is unfair or sexist or just plain ignorant, my natural tendency towards anger comes into its own; that internal fire catches and the words just fly out of my fingers.

We still don’t know what to do with angry women though, do we? Women still aren’t meant to be angry, or demanding, or to simply have strong feelings.

I’ve found the male reaction to Fleabag fascinating, for this exact reason. Some of the most emotionally-literate, feminist men I know have admitted to finding it too bleak, too sad, too intense. Which baffles me, because while of course it is dark, and it perhaps isn’t the easiest watch, there is not one moment in it that has surprised me with its intensity. I have never had to look away. It has been so real. And the moments of air-punching joy – or something nearing joy – that cut sharp and bright into the sadness make it more accurate still.

That moment in the church. “The only person I’d run through an airport for is you.” The kiss against the wall in the final episode. The idea that you can, all at once, be sad, angry, grieving, and still laugh, kiss someone passionately, and be a soft, warm thing for the people you love is the truest thing in the world. Enthralled and inspired by this high-definition portrayal of the inner life of a middle-class young woman, I have not been able to tear my eyes from the screen.

In an interview with the Guardian last year, Waller-Bridge shared that a director once told her she has ‘the gift of rage’:

“Good things can come out of rage. It’s galvanising. A director once said to me, ‘You have the gift of rage’ and it really stayed with me.” She repeats the expression with wonder. “‘The gift of rage.’ I always wanted to hit the edge of the character. Once you know what makes someone angry, you can tell a lot about that person.”

And nowhere is that gift better utilised than in Fleabag. A show unafraid to portray big, messy emotions exactly as they are, without shrinking them, neatening them up, taming them, is something women have needed for a very long time.

Because oh, the things the average woman does to make her feelings smaller and less noticeable, more digestible. The machinations we put ourselves through to not come across “badly”. We operate like icebergs, keeping so much below the surface. The politeness where none is deserved. The tamping-down of how we really feel, the feigned breeziness, the determined matey-ness, the tolerance of behaviour and situations that we don’t like but if we say so, we’ll be accused of overreacting.

Tying yourself in knots to phrase requests so they don’t sound too demanding. “Because I don’t like it when you do that” not being enough of a reason for someone to stop doing something that hurts you. “I have a boyfriend, sorry” being the only way to properly get rid of an overly-friendly man in a bar. Worrying about being needy or clingy for just wanting some clarity. Make ourselves smaller, less trouble, all the time.

We live – still – in a world built by and around the feelings of men. The feelings of women – still – come second in many, many spaces. We are only just learning to redress the balance; the campaign relaunches daily. But the damage cuts both ways – young girls aren’t encouraged to be bold, angry, to take up their space, while young boys aren’t encouraged to be soft, affectionate, cartographers of their own emotional landscapes.

The art we create is often a form of problem-solving; there’s a reason the same themes recur in fiction over and over and over. We haven’t fully figured out love, infidelity, or death, so we keep writing about them, hoping we’ll happen upon the answers eventually. We’ll find the right words, colours or melody one day, and we’ll understand. “The stories we tell ourselves reflect how we feel about ourselves” is something I heard writer Taylor Jenkins Reid say recently. Pop culture does a lot of society’s thinking; it normalises new ideas.

The reasons Fleabag has been so wildly successful are many, but one thing in particular strikes me: women had been longing for this. Longing to see the complexity of their inner lives accurately portrayed. The depths and ferocity of our feelings writ large.

Maybe an end to making our feelings smaller is in sight. I hope so.

Conked.
I have a weirdly terrible sense of smell, which makes me very choosy about perfume. I need something with clout — musky, slightly smoky, fairly masculine — otherwise there’s literally no point. I’m OBSESSED with this. It’s green, with a faint hint of smoke, then deliciously woody. It’s a freshly-showered lumberjack played by Tom Hardy. It’s gorgeous.
Barely a year ago, we got a hurried first date in before the winter lockdown kicked in. After 2 or 3 glasses of wine, I decided to read him my risotto blog post. Aloud, at the table. Can you imagine my reaction if a man had done that to me?! Anyway, we live together now, and I’ve been assured he’s happier about it than his face here suggests.
I’ve never had a proportionate emotional reaction to anything, and I have adored living in my tiny flat all by myself. Farewell, small flat, you saved me, and you made me. Link in bio.
Loading Comments...
%d bloggers like this: